Following on from my review of my Mark Marengo suit, I thought I’d share with you my wonderful revisit to Savile Row to fix my crotch rip. 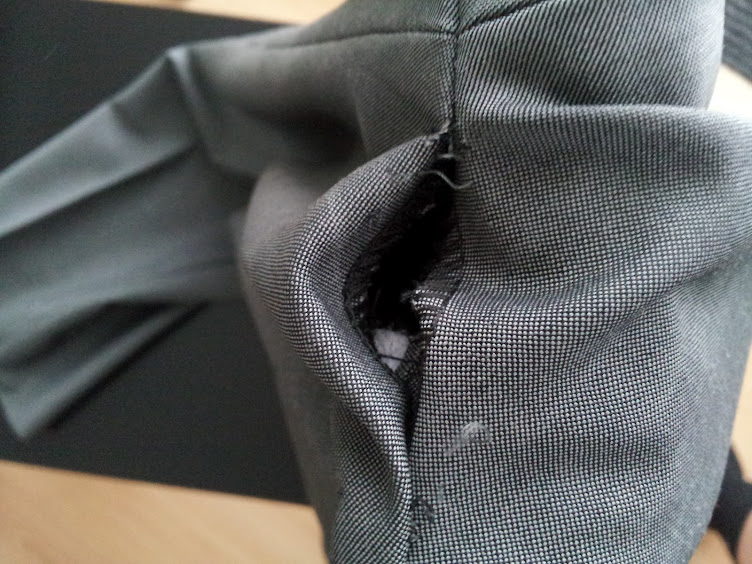 I thought that I would premiere my wonderful new Mark Marengo number for an EMEA marketing event hosted by Excelsior recruitment the other week. Everything was good, the trousers were looser than when I tried it on in the shop, the jacket was sitting well but it all went wrong when I tried to get into the car to travel to the train station. The slightly wider than standing straddle was a few centimetres too far for the poorly sewn seam stitched between my legs. The sound of the rip was almost comical, a bit like the really bad foley on old martial arts movies. The trousers moved very easily after the rip, but there was a little more breathability than there should have been if you know what I mean!
Neil was pretty good with apologising and volunteered to repair the damage with the added gift of a hand-made Tie as compensation. I picked a light blue tie from my travels on the day of the opening ceremony. That was a very eerie day as London was like a ghost town with shops shutting early and bar staff walking out to see if any punters were going to be arriving any time soon. I’ve yet to find the time to pick up my repaired trousers but they’d better be fixed pretty damned well enough for me to do the splits! 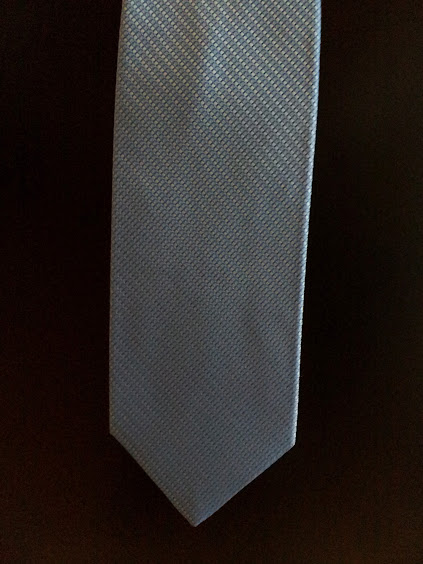 Mark Marengo tie offered as compensation for the ripped trousers