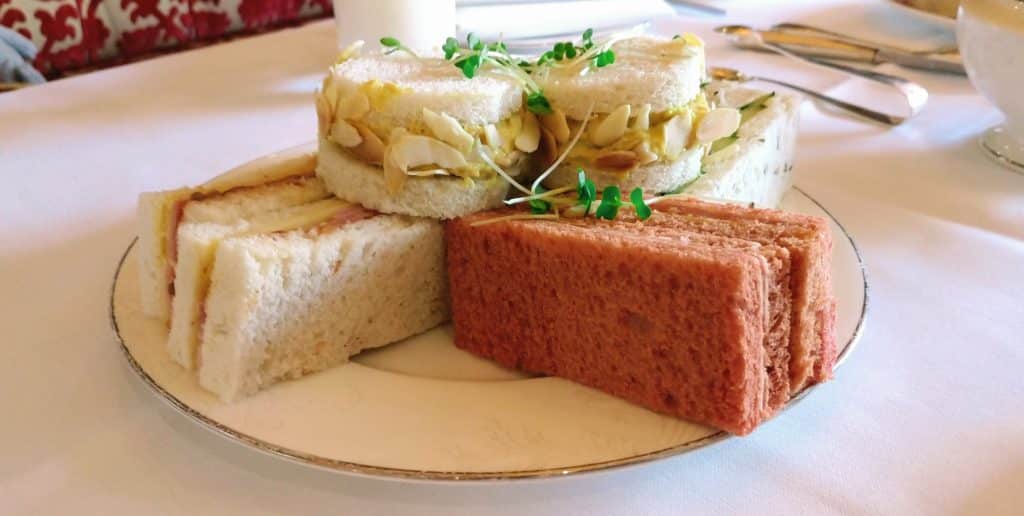 I was recently invited along to eat at Rubens restaurant with my family by Red Letter Days. For a family of four (my two young children and my wife) we opted for the Royal afternoon tea on offer. Booking was an absolute doddle, First off I received my gift through the letterbox in a wonderful red letter day envelope gift box.

The next thing to do was to simply follow the instructions in the pack, which was to go online register and type in my voucher code which then led me to a phone number to sort out my booking directly with Rubens restaurant. I found that some of the parameters like the time of booking were actually more flexible when talking to the Rubens staff which was ideal as my kids prefer to start eating earlier during the day rather than later in the afternoon, so we were actually able to start our royal afternoon tea at 12 noon, rather than at 1 pm as stated in the red letter day brochure.

Heading over to Rubens in London from Kent was a fun expedition for our 2 young children, one of whom was celebrating her second birthday and the other one who is 5 years old. After a short trip to the London Aquarium, we walked across Westminster bridge through to Buckingham Palace where Rubens invited us into its opulent decor and traditional royal setting. Dressed to impress, our family of four sat down in a royal Booth overlooking a portion of Buckingham Palace. We were the second party to arrive after a couple who was sat by the window and it felt like we had the entire place to ourselves.

Our host for the afternoon introduced herself and explain to us what was to come for our royal afternoon tea and explained all the different items that we would be receiving and also asked us what we would like to drink. The cool thing about the drinks menu for the kids was that there wasn’t one, all we had to do was ask what the kids fancied, and they would try to make it which was awesome. Pretty much the same applied for the adults except we were quite happy to try out the multiple tea blends on offer with the Royal afternoon tea.

Very soon after we received a giant metal stand with an assortment of sandwiches and cakes which the children absolutely marvelled over. Of course, the adults were impressed too hehe! We spent the next 200 hours eating our wonderful treats which were freshly cut. I had many more sandwiches as you basically have an unlimited supply of treats on offer.

The ones supplied, to begin with, are just a virtual first round. If you are very hungry there is plenty more but trust me there is a lot of food to go through. Lastly, some scones came out in chocolate and plain flavour with a pot of clotted cream and strawberry jam. Wow, these were absolutely beautiful, fresh, warm and everything you would expect from a fine dining establishment like the Rubens. Honestly, I wanted to eat more but I simply couldn’t.

At one point my daughter started crying while we were being served and another time while we were waiting so another member of staff bought over some activity packs for the children which was a nice touch and before we left, the children were allowed to choose from an assortment of pick and mix sweets from a central stand, which they did without much obligation, I can tell you!

To finalise the afternoon we asked to settle the bill and were told that there was actually nothing to pay, not even the service charge as the red letter day voucher covered the entire experience which I thought was a magical touch. No receipt required, no extra charges to think about, just the Red letter day Experience voucher (it comes as a card).

The red letter day experience was a truly magnificent experience for the Chi family and my daughter absolutely loved it for her 2nd birthday celebrations. A surprise trip to the Shrek experience next to the London Aquarium was a wonderful walk from the Rubens back over Westminster bridge which meant that we could walk off some of those excess calories consumed during a wonderfully exuberant, indulgent and delightful lunch.